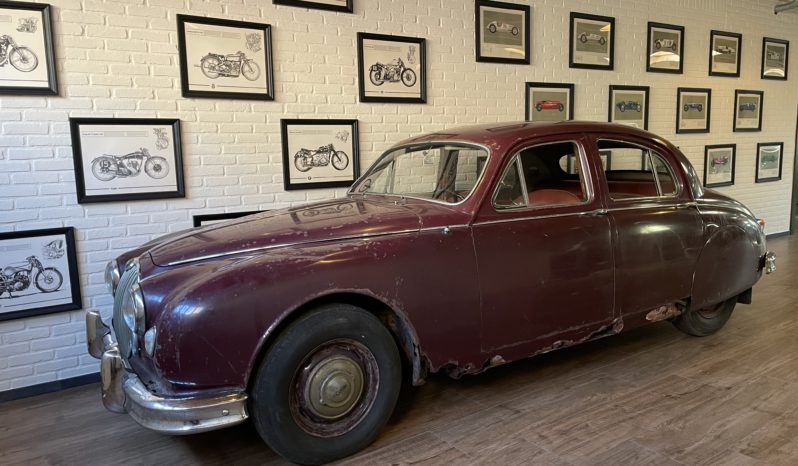 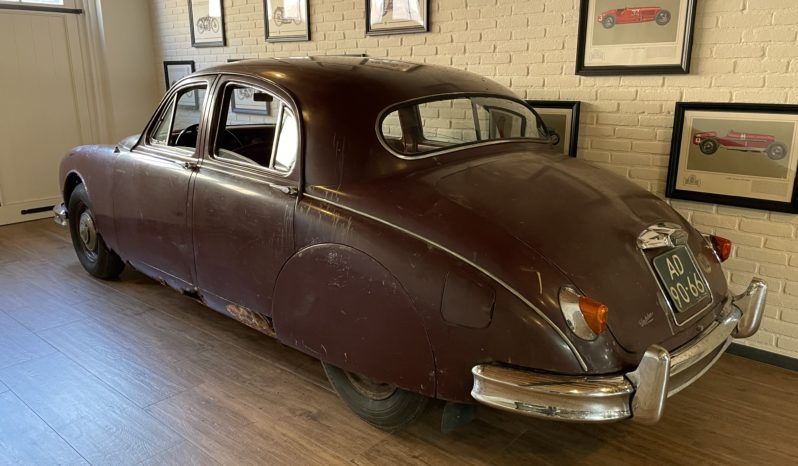 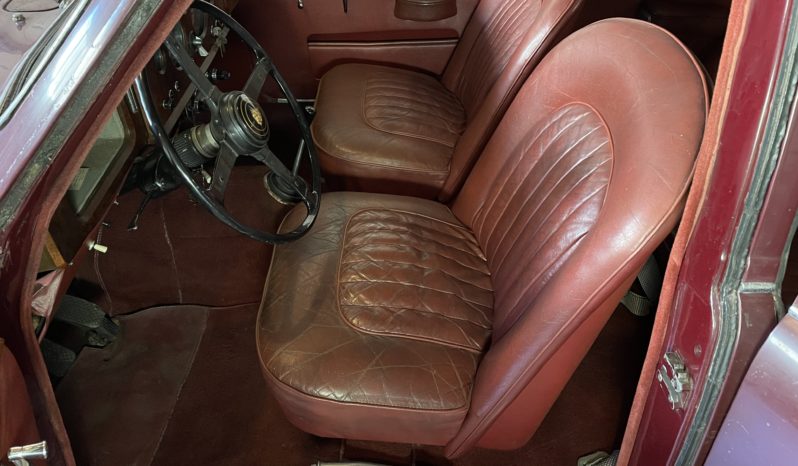 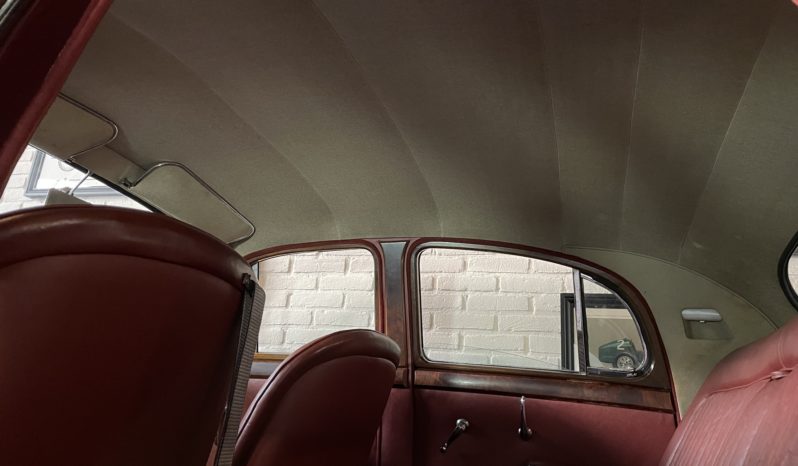 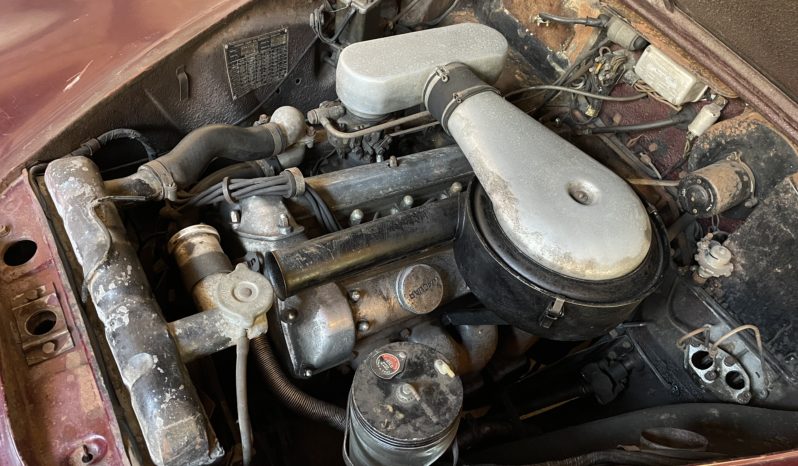 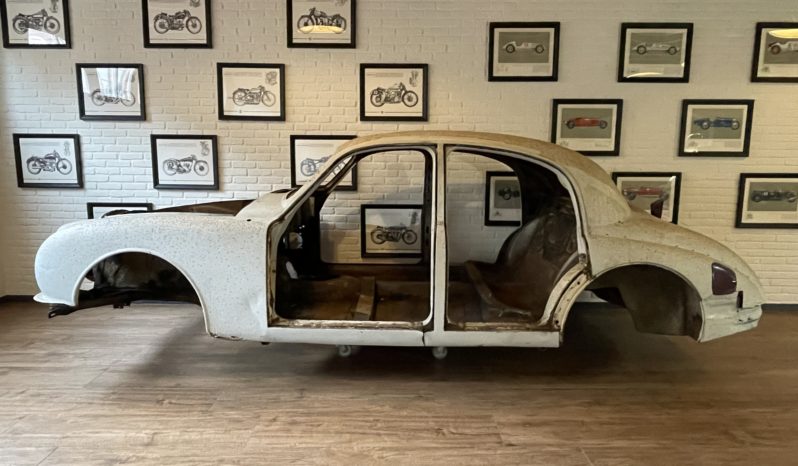 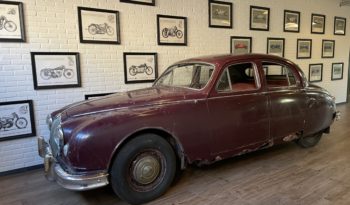 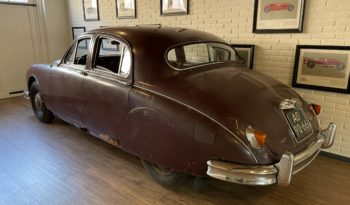 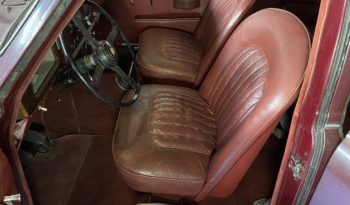 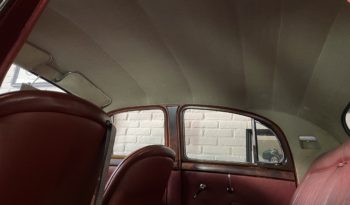 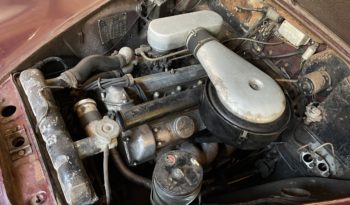 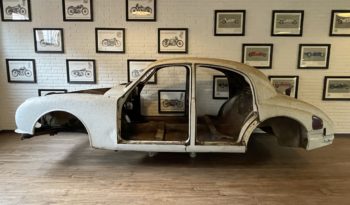 This Jaguar MK1 was produced on the 28th of November 1958 and dispatched on the 22nd of December 1958 to Lagerwij’s, The Hague, Holland who sold it to its first owner. This car was factory fitted with steel wheels and rear spats. After only 25.800 kilometres of driving, this car was stored in a barn where it stayed for more than 30 years.

Now in barn-find condition with the original interior trim, including headlining, in perfect original and unmarked condition. The car needs restoration work to the lower parts of the body. An extra body shell is included, see last picture, to make this easier.

The Jaguar MK1, a British sports saloon car was produced between 1955 en 1959. In contemporary company documentation it was referred to as the Jaguar 2.4 litre and the Jaguar 3.4 litre. The MK1 was initially offered with a 2.4 litre version of the XK120’s twin-cam six-cylinder engine, first rated at 112 bhp by the factory at the launch in 1955. From February 1957, a larger 3.4 litre version of this engine was introduced boosting the performance to a healthy and sporty 210 bhp. Also wire wheels became available and the 3.4 had a larger front grille for better cooling and a stronger rear axle. Typical factory options were, amongst others, a 3-speed Borg-Warner automatic transmission, overdrive on the manual transmission and the very desirable Dunlop disc brakes for all 4 wheels. In total 19.992 of the 2.4 and 17.405 of the 3.4 versions were produced.

Please contact us to make an appointment to view this car in our showroom in Leerdam, The Netherlands.

We are constantly looking for similar cars for outright purchase or to sell on a commission basis. 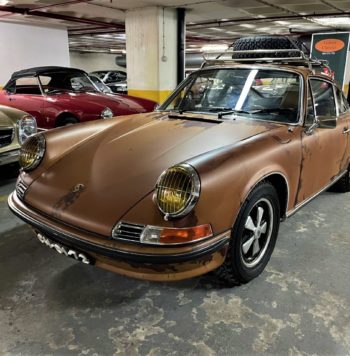 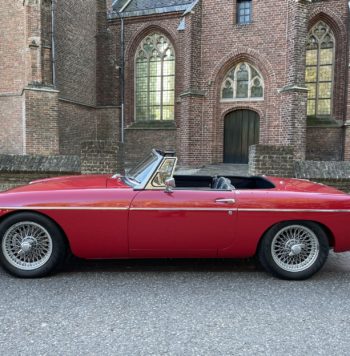 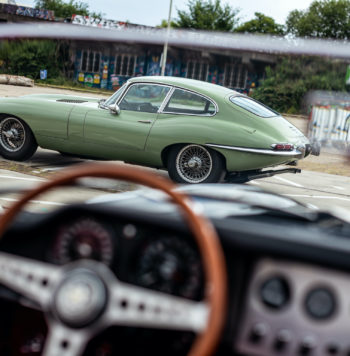