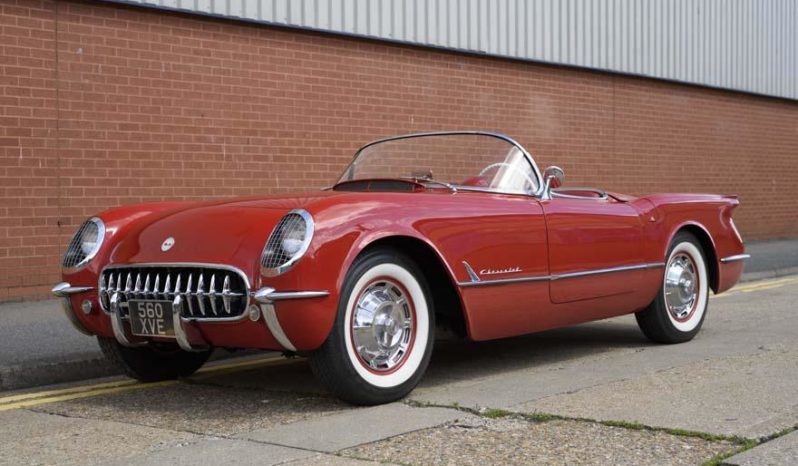 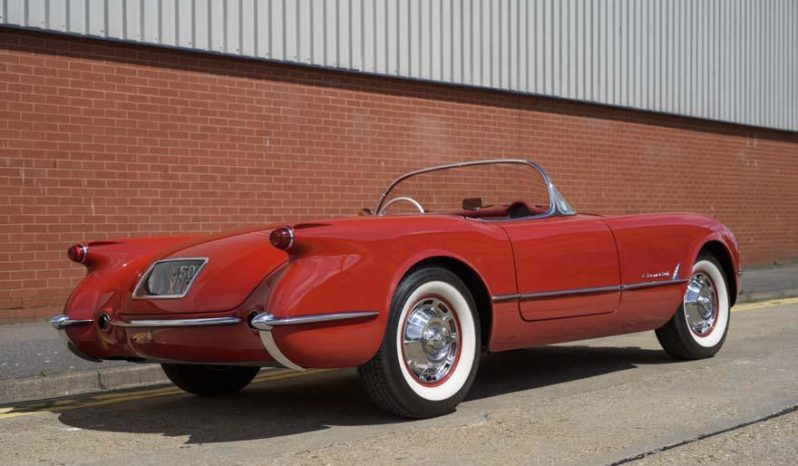 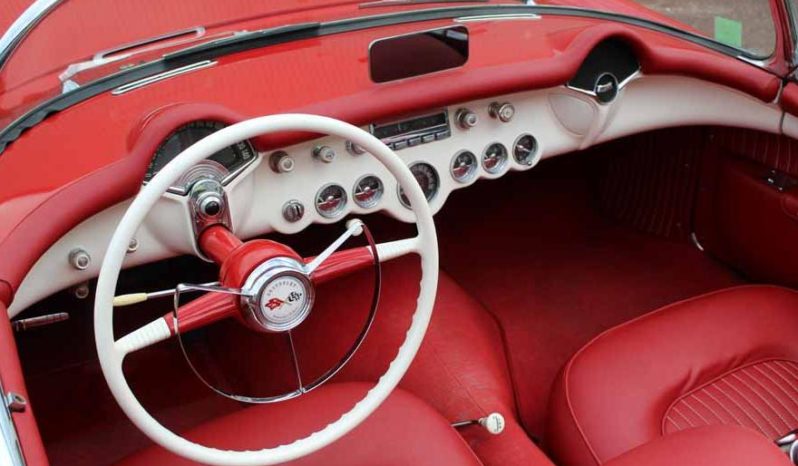 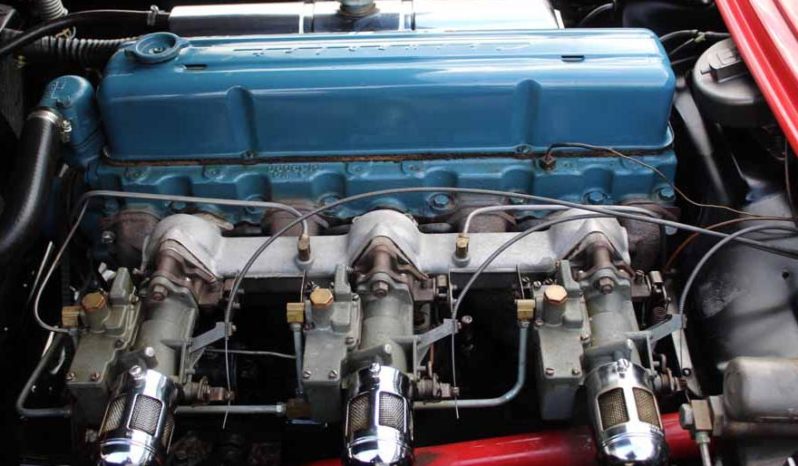 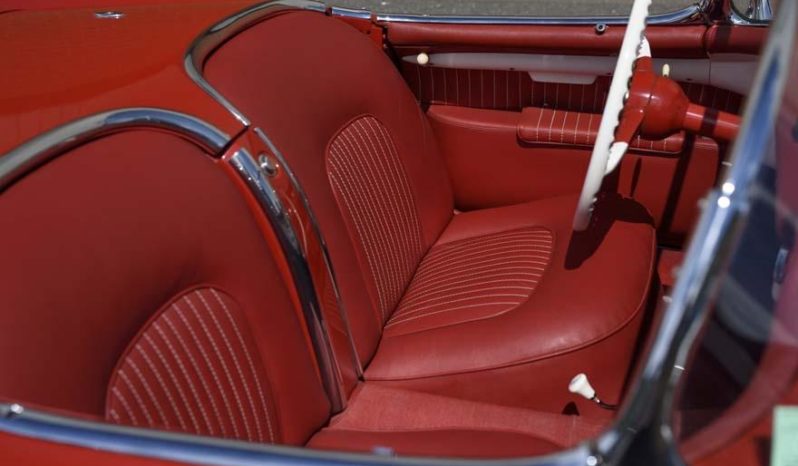 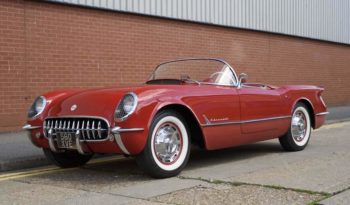 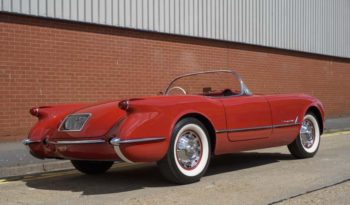 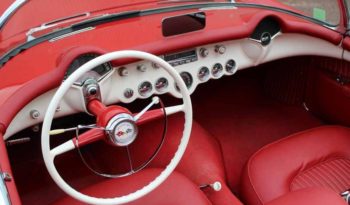 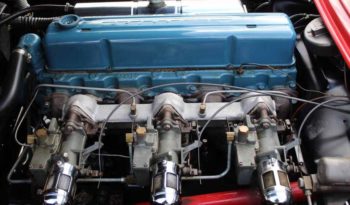 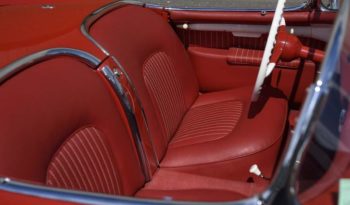 In the early 1950s, a team of GM engineers, headed up by Harley Earl, went to work trying to create a car that had the appeal to compete with European sports cars.  This car, dubbed the Corvette ‘Dream Car’, debuted at the GM Motorama show, which was held at the stylish Waldorf-Astoria Hotel in New York City.  At the conclusion of Motorama’s US tour, GM stated that over four million people had seen the car with the majority expressing a desire to get behind the wheel of the new Corvette.  The first true American sports car was born!

Production of the two-seat roadster was fast-tracked and started in June 1953, with these early cars being essentially hand-built.  With a ‘Blue Flame’ six-cylinder engine and smooth ‘Powerglide’ transmission, it was a true roadster with no side windows and basic weather protection.  By the end of 1953, a total of only 300 Corvettes had rolled off the assembly line in Flint, Michigan, all in Polo White with Sportsman Red interiors.  Just 225 examples from 1953 are known to still exist today, with these rare examples now commanding huge premiums.  For all practical purposes, the 1953 and 1954 Corvettes were the same, albeit for some minor design improvements, including the exhaust outlets, the locations of the fuel and brake lines, starter motor, air cleaners and a window storage bag.  Unlike the 1953 model, the 1954 cars were now available in a variety of colour combinations.

In 1954, GM moved the Corvette’s assembly to a newly renovated plant in St Louis, Missouri interrupting production slightly and thwarting Chevrolet’s ambition to produce 1,000 units per month, the actual number built for the model year 1954 being only 3,640. The 1953 cars are rarer and have the cachet of being first year models, but all Corvettes produced in this two-year period were fitted with the same six-cylinder in-line, ohv, 235 cu in (3.9-litre) engine.

This particular example is finished in sportsman Red with matching Red hide and gleaming white wall tyres. Having benefitted from an early body off restoration upon it is apparent upon viewing it is evident to see the C1 has had little use since completion. The paintwork is crisp and exquisite with correct panel fitment throughout the car, the chrome is gleaming and trim delightful.

These cars are highly undervalued, a serious head turner and a car tipped by experts to buy this year. Having been acquired by DD Classics from an important client of the business where the C1 formed part of an important collection. Mille Miglia age eligible and ready for immediate use, ”Shake, Rattle and Roll” and have some fun.

Now available for viewing at the DD Classics Dealership in London, please call 0208 878 3355 for more information. 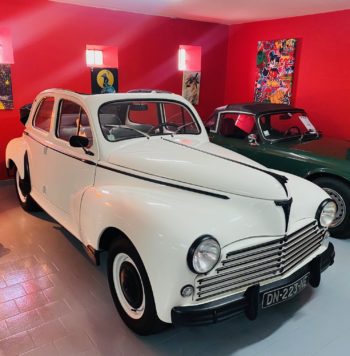 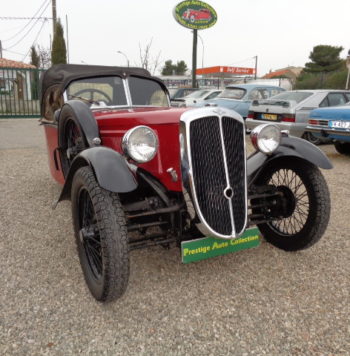 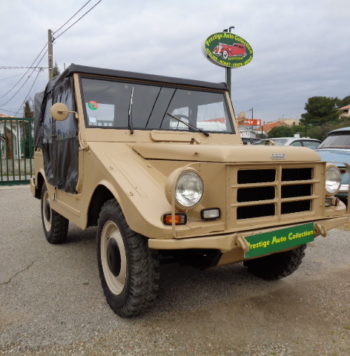