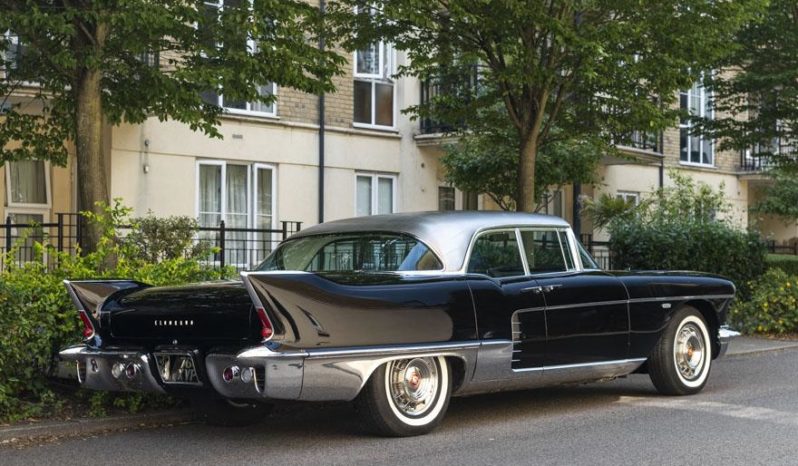 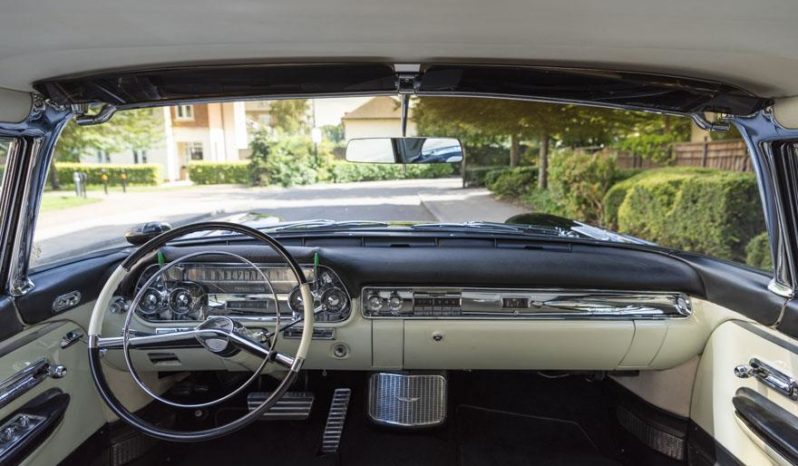 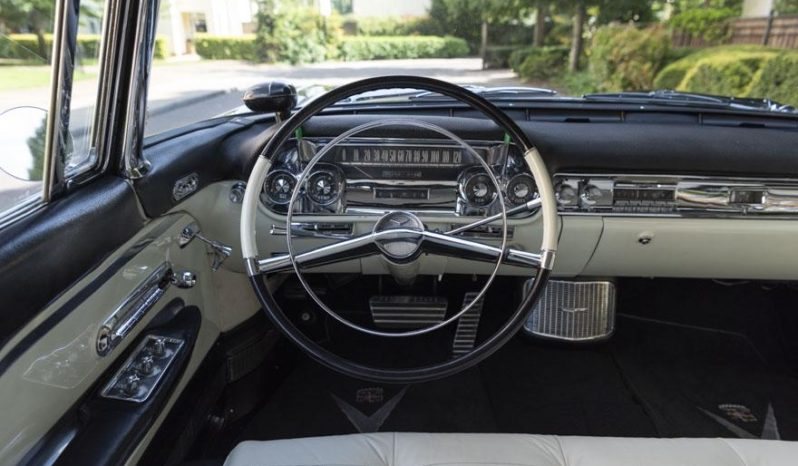 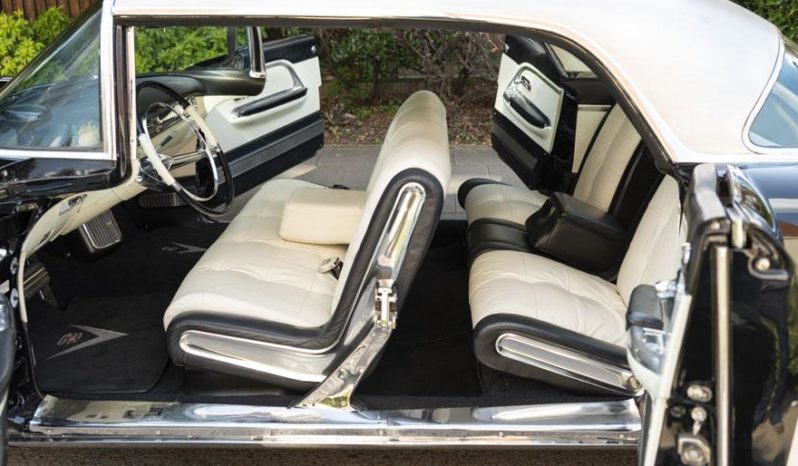 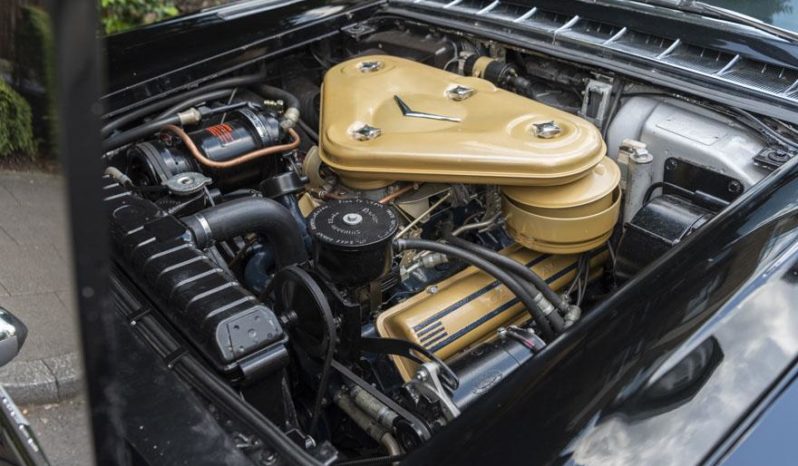 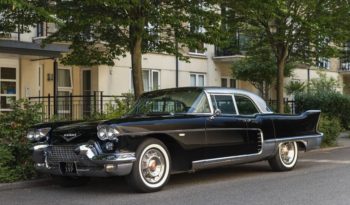 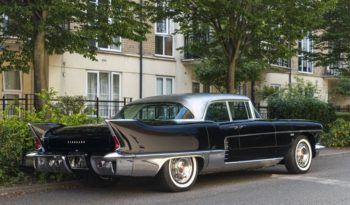 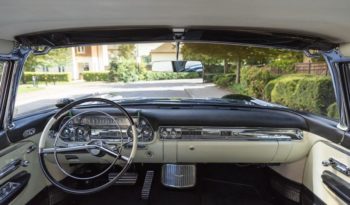 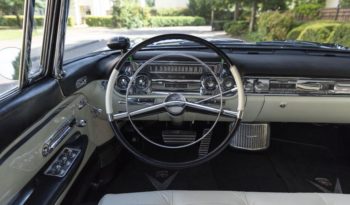 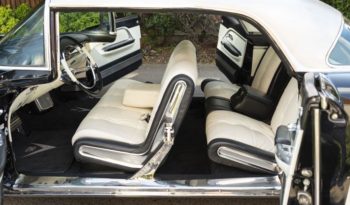 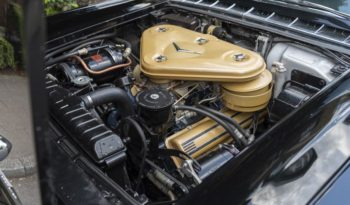 As the Henry Ford Company failed in 1902, one Henry left and another, Henry Leland, arrived. Leland’s job was to sift through the remaining assets. He did so and convinced investors they could still be a viable company using his proven one-cylinder engine. In honour of Leland’s distant ancestor and founder of Detroit, the company was rechristened the Cadillac Automobile Company. Precision manufacturing, reliability, and parts interchangeability became Cadillac’s hallmark. While perhaps hard to fathom today, the concept of interchangeable parts was a novel idea back then. Cadillac’s reputation grew as did the demand for more powerful cars. Cadillac’s introduction of V12 and V16 engines in 1930 kicked off a ‘cylinder war’ among American luxury car manufacturers. And it was for a brief period in 1957 when they would truly compete in the highest echelon segment once again.

In 1955, Cadillac unveiled the Eldorado Brougham concept, and indicator for the car which was to come just two years later. Upon its release it was clear that this was no ordinary Cadillac, with its gleaming stainless steel roof, pillarless design and suicide rear doors it was truly in a league of its own. Despite being Cadillac’s most luxury model, it’s proportions were more delicate than its Cadillac brethren, being both shorter, narrower and leaner for example than a contemporary Eldorado Biarritz, giving it a far sleaker appearance. It was also far more European in certain respects than most American luxury cars with the bonnet opening forwards rather than backwards, also featuring an interior bonnet release compared to an exterior bonnet release of the majority of American cars.

All of the above differences and refinements were backed up by a price tag which made the Eldorado Brougham at $13,074 the world’s most expensive car, more than any Rolls-Royce or Mercedes and twice the price of a top of the line Eldorado Biarritz. Each car was painstakingly hand-built and equipped with pretty much every option one could possibly imagine. These features included self levelling air suspension, the world’s first automatic two-position memory seats, automatic boot opener and closer with soft closing, cruise control, air conditioning, polarized sun-visors, electric door-locks, a cleverly integrated tissue dispenser in the glove compartment, power windows (naturally), power brakes and steering and the famed Autronic-Eye system, and these are just naming a few.

As for personalisation, there were little to no-limits on what car you could order, including 44 full-leather interior and trim combinations as well as exuberant carpeting options such as Mouton, Lambskin and Karakul. However you specified your car, it would come with an incredible “vanity kit” which included an extensive Evans make-up and cigarette box, two leather-backed bevelled mirrors, a leather-notepad with a silver mechanical pencil, 6 silver, magnetic-based shot cups and an “Arpege” Lanvin perfume gift set which in the case of our car is the only real missing accoutrement as unlike the rest of this features it would be a disposable item. With all these features, it’s more than clear why the Cadillac was so expensive and yet despite this, Cadillac lost approximately $10,000 dollars on every single car they built and sold, which over two years was a mere 704 cars, with only 400 built in 1957. It was clear that Cadillac were hellbent on making the greatest luxury car the world had ever seen, no matter what the cost. The car arguably more comparable to this Cadillac is the famed Mercedes 600, with many parallels between the two.

Delivered new in Los Angeles, California in 1957, our car was originally finished in Chamonix White over a white leather interior with black accents, eventually finding its way to the legendary Harrah’s Automobile Museum in Reno, Nevada where its stablemates included a Bugatti Royale, Mercedes-Benz 500K Special Roadster, a plethora of Duesenbergs and countless other examples of some of the world’s most vaunted cars. Now finished in a very fitting Ebony Black which highlights the mesmerising brightwork, the car presents beautifully throughout. Notably, the odometer reads 51,000 miles which is believed to be genuine, as is the interior which only backs up the mileage reading. Other pieces of evidence include a plastic factory lubrication label in the door jam which reads 37,504 miles and a Pennzoil Service Sticker in the Brougham handbook which says next service due at 58,000 miles, from Marvin K. Brown Cadillac, San Diego.

We are proud to present to you today not only a stunning example of arguably the rarest and most important post-war Cadillac but one with its original interior, low miles and one of very few cars with a near complete and exceedingly valuable vanity kit with most remaining examples featuring none of the factory accoutrements. Truly the greatest luxury car of its time and still remaining one of the greatest to this very day, this is truly one of the finest Eldorado Brougham’s extant and is not to be missed.

Now available for viewing at the DD Classics Dealership in London, please call for more information. 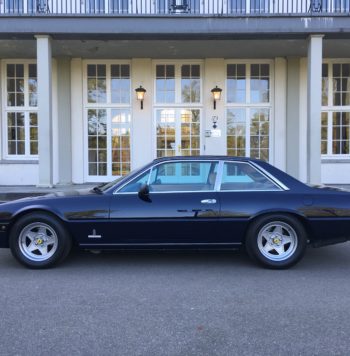 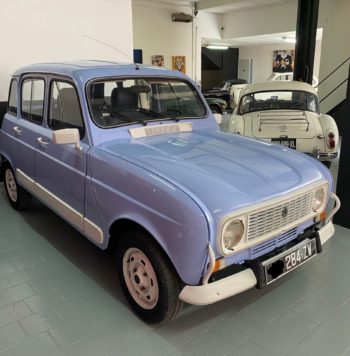 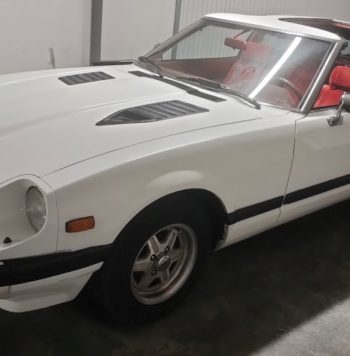